Well... that makes five. There are now FIVE completed Requiem trilogies. Fifteen novels in this crazy world where people can become dragons.

Five years ago, on a cold Sunday morning, I stepped into a bookstore in downtown Toronto. I had a notebook, a pen, and an MP3 player with Mozart's Requiem playing. I sat at a little coffeeshop inside the bookstore, listened to the music, and began to write whatever came to mind. That turned into Blood of Requiem, the first novel in the series. I had no idea it would even get ONE sequel, let alone grow into this massive world spanning fifteen books and counting.

Requiem now includes the following trilogies: Dawn of Dragons, Song of Dragons, Dragonlore, The Dragon War, and Requiem for Dragons. So far, you've all downloaded half a million copies of these books. Wow.

Between these trilogies, we got to explore some other worlds together. We spent six novels in Moth, and we spent three novels with the Alien Hunters. But we keep coming back to these old dragon friends.

I'm honored that, five years into this, you're still reading. I really do have the best job--and the best readers--in the world.

Dragons Rising, which was released today, is not the last Requiem novel. This world will continue to grow. l can't wait to see where we'll fly together next.
Posted by DanielArenson at 3:53 PM No comments:

Some thoughts about writing.

Sometimes the muse strikes, and it's wonderful. Sometimes you're just in the zone, and it's like the spirits of creation are controlling your fingers, weaving the words for you.
But that doesn't always happen. It can't, or you'd go insane and burn up. Part of being a professional writer is writing even without muse. It's waking up every morning, sitting down, and getting to work. And it's like any other work--like writing code, like laying down asphalt, like driving a truck. You do the work because you're a professional, even when you're not in the mood, even when you're preoccupied with daily worries unrelated to writing. Most successful writers aren't free spirits, wrapped in grace, transcribing the words of the heavens. Most are just hardworking professionals who show up and put down one word at a time, day by day.
If you're stuck and have writer's block, that's because you're waiting for the muse to knock. If it knocks, great. I love when that happens; it's one of the best feelings in the world. But if it doesn't, too bad--write anyway. Don't be afraid to write badly. Just put down words, even if you feel things aren't working. It's harder this way, yes, but so what? Odds are, once those words are revised and polished, you'll find some good material in there, often just as good as those pages written while "inspired."
Posted by DanielArenson at 8:11 AM 2 comments:

Hi all!First of all, a HUGE thanks to everyone who bought copies of my recent releases: Shadows of Moth: Moth V (released last month) and Requiem's Prayer: Dawn of Dragons III (released a couple weeks ago). I hope you've been enjoying these new books!I wanted to update you about what's next. Legacy of Moth: Moth VI will be released on December 2nd! The book will conclude the Moth saga, bringing all the characters' storylines to an epic climax. Expect something BIG and EPIC, Pelennor Fields style. We're ending this series with a bang.

I also have some fun stuff planned for you for 2015. We'll have a NEW REQUIEM TRILOGY tentatively titled Requiem for Dragons, which will be set in an era following The Dragon War. In 2015, I'll also be releasing my first science fiction series (titled Alien Hunters), a work inspired by SF franchises like Firefly and Star Wars.

Remember that you can always see a full list of the books and their reading order on my website: http://www.DanielArenson.com/

Thank you everyone for reading!

Daniel
Posted by DanielArenson at 3:47 PM No comments:

About four years ago, after moving between several cities, I found myself working and living in Toronto. The apartment I rented was quite small, only about 450 square feet--too small for a desk. I was right in the heart of the big city.

On weekend mornings, I'd wake up early. Most of the city still slept. I'd walk along the streets as convenience stores, pubs, clubs, restaurants, and other businesses were still closed. I'd make my way over to a big, two-story bookshop that rose over a major intersection. On the second floor of the bookshop, a little cafe nestled by floor-to-ceiling windows. Without room at home for a table, I'd come here to write. I was usually the first person in. I'd order a coffee, sit by the windows, stare out at the sun rising over the city, and write. I had no computer, no keyboard. I wrote in longhand into notebooks.

On one of these mornings, I was listening to Mozart's Requiem on my MP3 player, and as an exercise, I began to write whatever I heard in the music. I found myself writing a story about people who can turn into dragons, people hunted to near extinction, people fighting against vicious enemies determined to destroy them. The characters had names taken from the Requiem--Benedictus, Lacrimosa, Agnus Dei, Kyrie Eleison, Gloriae--and their story to me felt as tragic, heartbreaking, yet uplifting as the music.

What I didn't know at the time: This story, just a little exercise, would turn into a series. This story would end up selling hundreds of thousands of copies, letting me become a full time writer.

Today I released the twelfth novel in this series.

Requiem's Prayer is the third volume of the Dawn of Dragons trilogy, a "prequel" trilogy telling of Requiem's earliest days. The events we read about in Song of Dragons, Dragonlore, and The Dragon War all trace their origin to here.

I'm deeply grateful to all those readers who've been exploring Requiem with me. Without you all, this would still be only a few scribbles in a notebook. Thanks to you, this has become a world.

And Requiem's story is not done. Twelve novels have been released, but more are to come. Next year, we'll be seeing three new Requiem books, continuing the story that began four years ago in that little old coffeeshop.

As always, thank you for reading.

Posted by DanielArenson at 6:43 AM No comments:

Hey everyone. Moth is part of a huge sale with 16 fantasy novels, all discounted to $0.99 today. 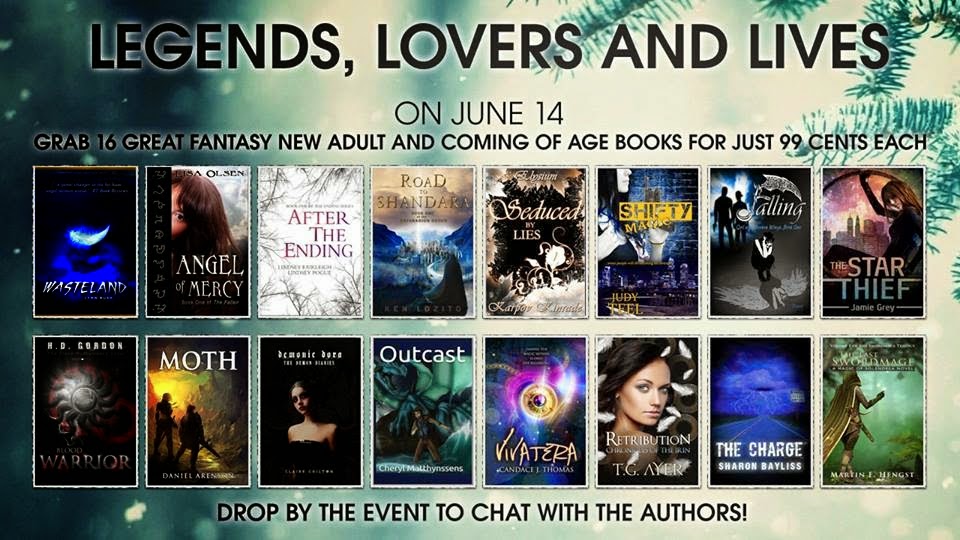 Drop by here to grab a book and chat with the authors!
Posted by DanielArenson at 2:01 PM No comments:

Author Moira Katson is releasing the first book in The Novum Trilogy today . . . and it features new music by Ekterina! You might remember the music Ekaterina composed for Moth (you can listen to it here).

You can find Moira's trilogy on Amazon here. 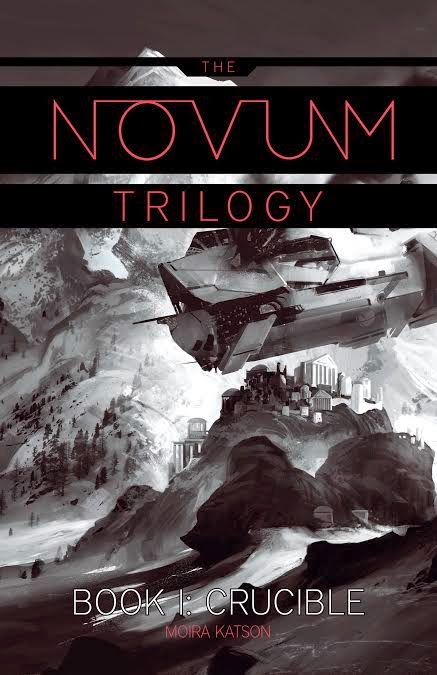 Posted by DanielArenson at 4:50 AM 4 comments:

Requiem began one morning with some Mozart, a sleepy city, and strong coffee.

One early Sunday morning four years ago, I left my downtown Toronto apartment, walked to the nearby bookshop, and entered the coffee shop on the second floor. Toronto apartments are often too small for desks; they force a writer to become something of a hipster, writing in coffee shops. I sat by the window with a hot drink, watching the city wake up outside. The coffee was steaming, and Mozart's entire Requiem was playing on my MP3 player. I had a notebook but forgot my pen; I had to borrow one from the barista (oh god, I said "barista"... this city really does force you to become a hipster). I didn't know what I'd write that day. I listened to the music, hearing old Latin words like Benedictus, Lacrimosa, Kyrie Eleison, Dies Irae, Agnus Dei... and I just wrote what I imagined while listening. The story took form as I scribbled away--a story about people in a mythical world who could become dragons. Benedictus became the exiled king, Lacrimosa the wise queen, Kyrie the hot-headed youth, Dies Irae a wrathful villain, Agnus Dei a fiery maiden . . . all fighting for a kingdom called Requiem.

Four years later, there are ten Requiem novels and more to come.

The music that started it all: